In recent news, NASA and the Jet Propulsion Laboratory (JPL) have landed a new rover on Mars. A huge feat for the team and a great accomplishment for the scientific community. Here at Evans, we played a small part in bringing the Perseverance Rover to the red planet. Read more about our relationship with NASA and the unique JPL control room.

We are very excited for the future of space exploration and to see the successful landing of the rover on the red planet. In our own small way, we have supported the Jet Propulsion Laboratory over the last 14 years by designing and manufacturing their control room setup. If you have seen the dark consoles with blue lighting on TV and in the news, then you now know exactly where they came from. 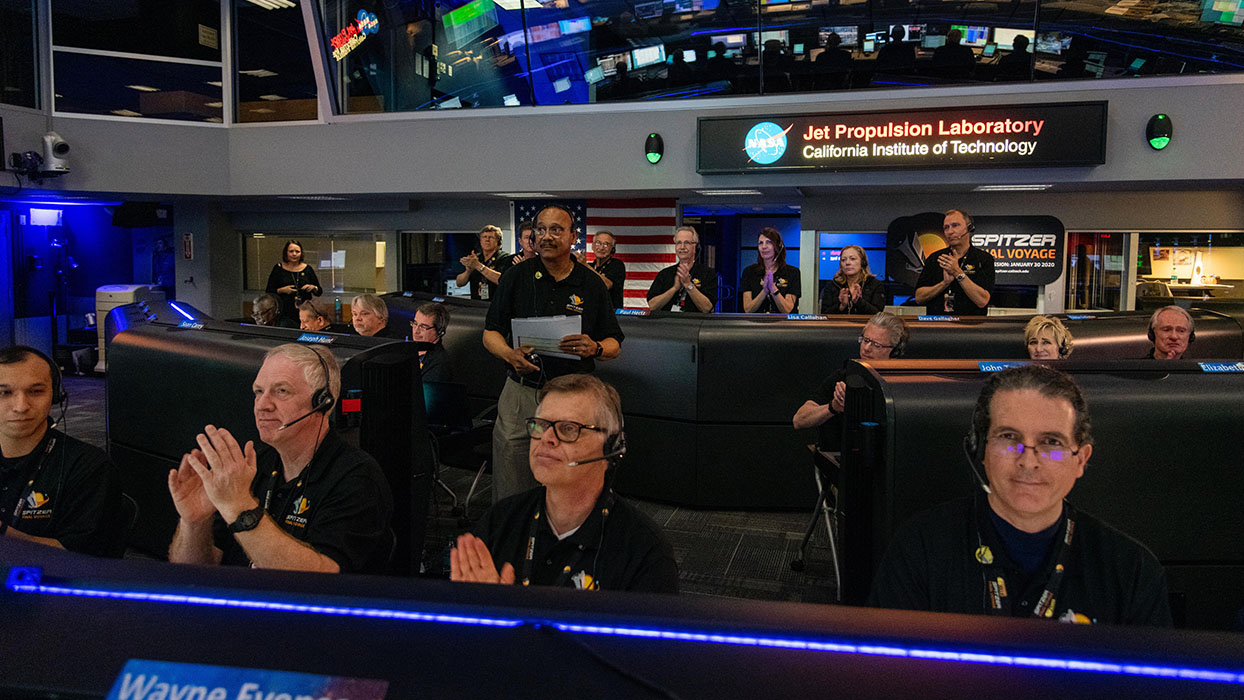 Evans Support of Science and Space Exploration at NASA, JPL

Evans is proud of the work we have done with JPL and excited about our work being featured on the news around the world. Our consoles have been used by the JPL teams in Pasadena California since 2007. Our relationship with JPL has thrived over the last 14 years and you may have noticed these consoles in pictures and videos on the news and online.

We have worked with NASA for over 28 years and are excited to continue our support for both NASA and JPL for many years to come. We look forward to the exciting future of space exploration with a vision for hope and a commitment to our customers. Evans is proud of the impact we make at NASA and around the globe. Congratulations on the successful landing!

Read on to discover what the rover will be doing on Mars and the amazing instruments it holds on board! We have also added a new update that includes some of the accomplishments of the rover since it has been on the Red Planet. The rover was manufactured by JPL and was launched from Earth in July 2020. 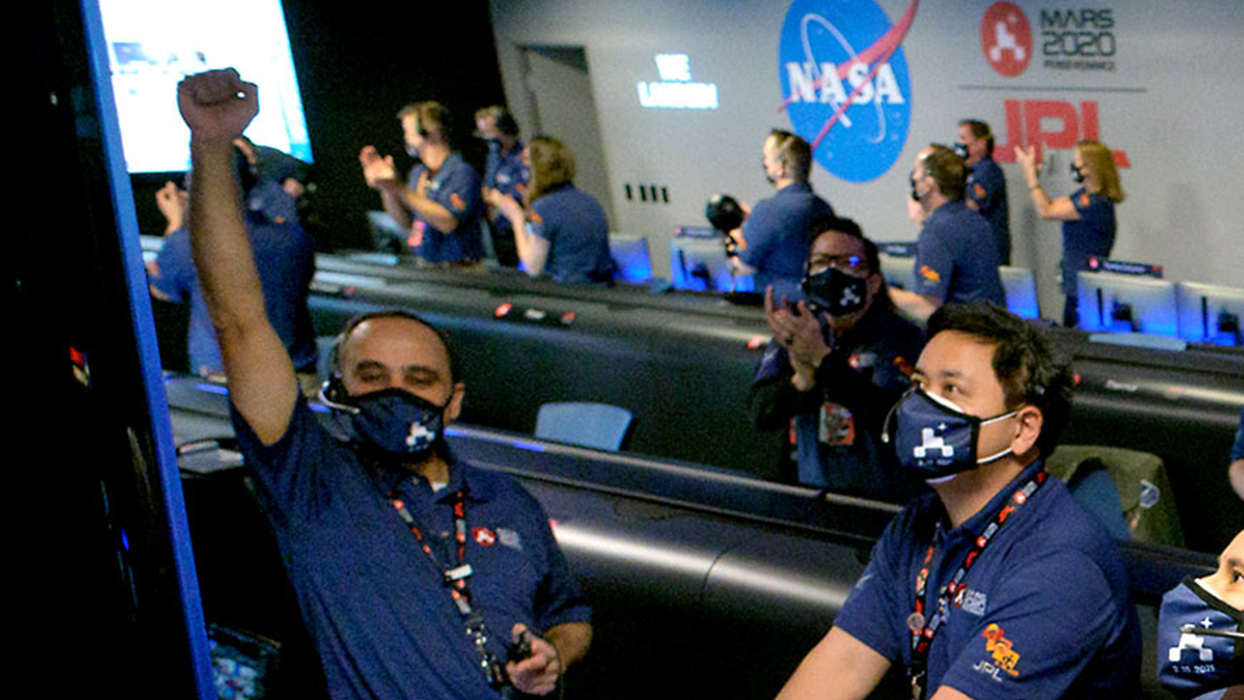 The Perseverance Rover is nicknamed Percy and is a car-sized rover that landed on Mars in the Jezero crater on February 18th of this year (2021). It is designed to explore the red planet and search for bio-signatures in the soil then return those samples to Earth. This will be the first launch ever attempted from another planet and the first-time samples from another planet have been returned to Earth. There are more firsts on this mission including the Ingenuity helicopter which will be the first powered flight on another planet. The rover also carries a device named “Moxie” which produces oxygen from Martian CO2 in preparation for humans landing on Mars.

What has the rover accomplished over the 1 year and 8 months it has spent on Mars? The answer is quite a lot! Here is a list of some of those accomplishments, visit the NASA Perseverance website to learn more about the rover.

Scientists have learned a lot about the Red Planet from perseverance. This includes confirmation that rocks on the planet have interacted with water multiple times over the eons and more recently than we thought. The rover has also confirmed the existence of organic compounds and molecules produced by water and rocks. Also, they believe that the bedrock beneath its wheels most likely formed from red-hot magma. We are excited to see the discoveries keep on coming!

Markets We Serve at Evans Consoles

We design and equip mission-critical operations for NASA and many other industries including:

Evans in the News

Evans was also recently featured by Global News in an article written by Amy Prentice. The full article can be read at this link or keep scrolling and read the article below. Our very own Matko Papic, CTO at Evans is quoted in the article. Great job to all involved and thank you to Global News for their timely article.

Calgarians working at a tech company are proud to see their work in action as NASA’s Perseverance rover gathers samples from a planet millions of kilometers away.

Evans’ chief technology officer Matko Papic said the company, which was founded in Calgary in 1980, has been a global player in aviation, public safety and space operations and has focused on designing and equipping control rooms for decades.

He said the company gets involved with the early planning and detailed designs of the space and then designs the consoles specific to customer requirements, they do all the manufacturing and support their customers globally.

Their latest collaboration was on Perseverance, NASA’s rover that landed on Mars earlier this month.

The rover specializes in traveling the planet Mars to look for signs of ancient life and pick up a wide range of core rock and soil samples and store them safely, so they can be returned to earth and studied.

Evans supplied control room consoles to the company in Texas, and Papic said the employees were thrilled with being a part of the project.

“You know, we as a … Calgary-based company are very fortunate and very proud to … be able to be a part of this program,.” Papic said.

“It’s both a sense of pride and a little bit of a sense of relief. But I think it’s mainly … pride that’s just, you know, being involved even in such a small piece.”

Papic told Global News that there are lots of future opportunities and Evans is excited to continue to be a part of projects like this.

He said that navigating a mission from northeast Calgary when all the equipment is in Houston is not an easy task, but it is very doable.

“With these specific solutions its really made a difference and its helped evolve EVANS into a global player.”

Evans involvement in Perseverance was primarily in the control room and all elements were designed and manufactured in Calgary.

“That’s usually where Evans does most of our work is within the control room environment, and it varies by the type of mission. But they’re all control rooms that require continuous monitoring.” Papic said.

Papic mentioned that due to high-level requirements, these projects can take quite some time to complete.

“We want to make sure that we’re focusing on capturing all the requirements and making sure that the design is absolutely perfect because the last thing we want is, you know, something that Evans provided to be a hindrance in the overall mission and so we’re very, very diligent to making sure that everything is functioning perfectly before it actually gets commissioned and goes live.” Papic said.

The company’s relationship with NASA began decades ago as they began supporting them on some of the space shuttle missions both from a mission and launch control standpoint. EVANS has been involved with some other well-known projects.

“And we’ve been very fortunate as an organization that NASA continued to see us as a partner in helping them develop some of these solutions.”

Are you looking for more information regarding a project? Click the link below and enter your name and email, we will get back to you as soon as possible.

Alternatively, you can learn more about the Evans Process by clicking the image below. 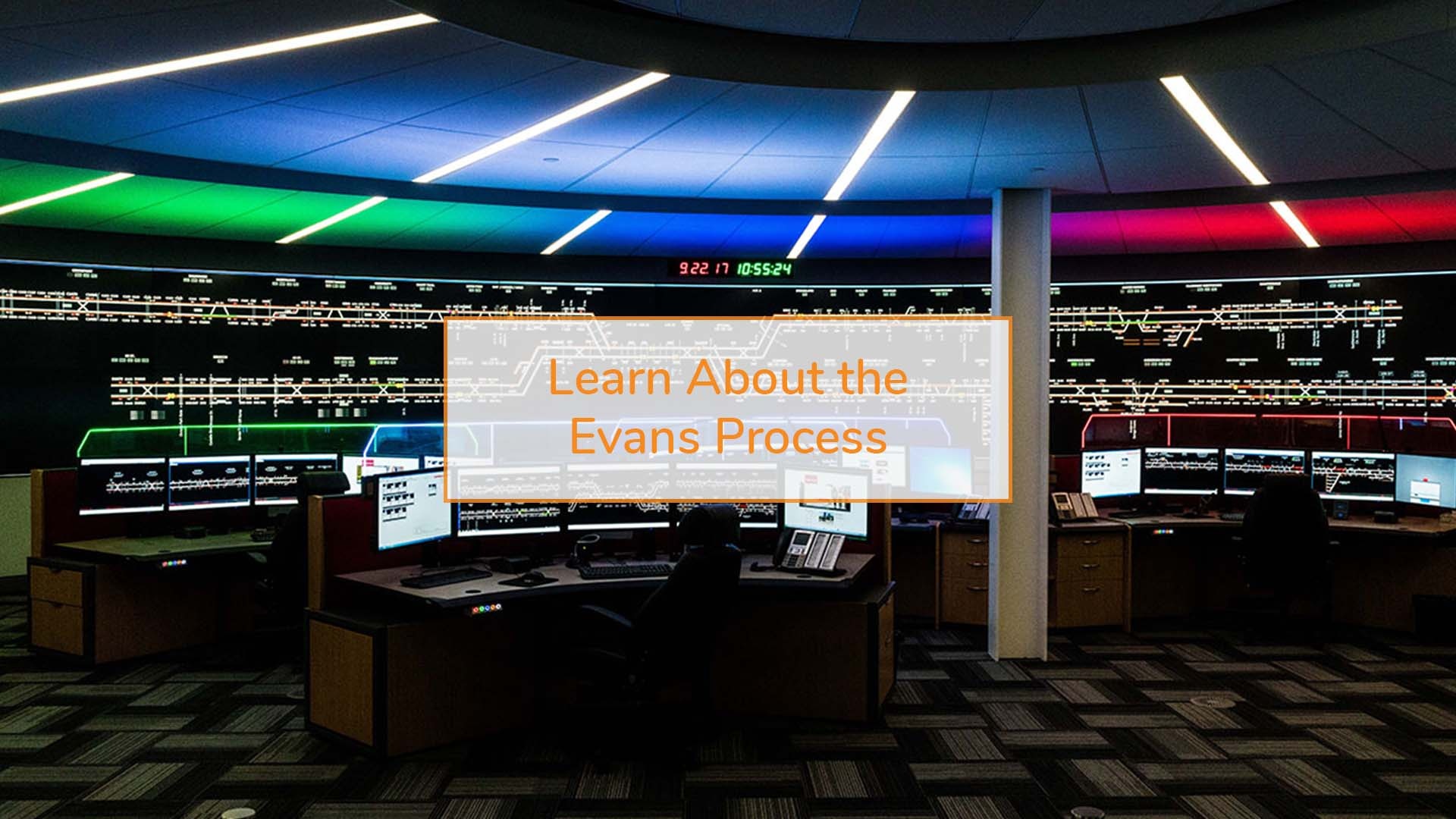