The Nicollet County Dispatch Center is located in St Peter, Minnesota. The dispatch center is the Public Safety Answering Point (PSAP) for 911 calls placed in all of Nicollet County, 24 hours a day. The center dispatches five fire departments, two law enforcement agencies and one ambulance service. All together they answer an average of 700 calls per month.

Peggy Reimers, 911 Coordinator of Nicollet County and has been working with the county since 2007. Peggy has been the supervisor of dispatch since 2012 and had been looking to majorly upgrade the center for some time. 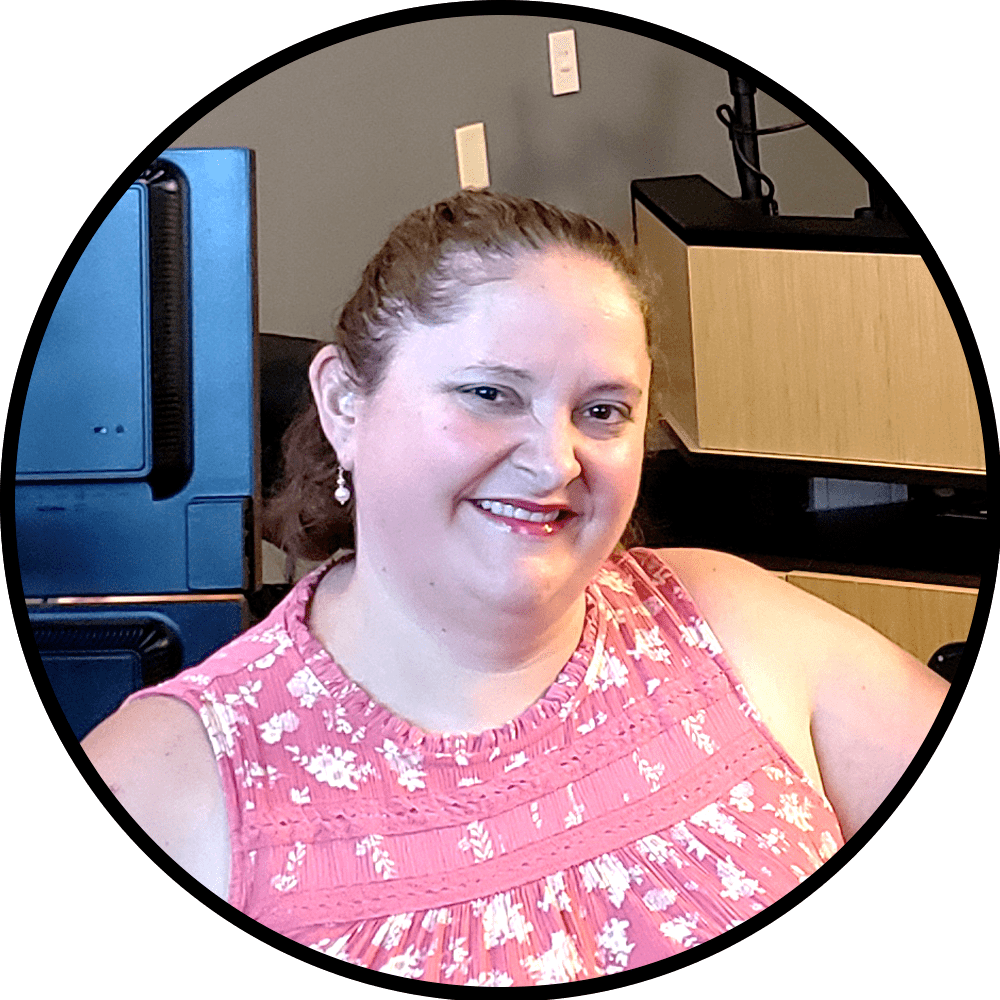 Use these anchor links to jump to different sections of this case study:

About the Nicollet County Dispatch Center

Nicollet County’s 911 Dispatch center is situated in the Nicollet County Law Enforcement Center. The historic building in which the dispatch center is in, previously held both the jail and dispatch teams, which were then later separated in 2009. The dispatch team previously had duties to serve both the jail and dispatch, but they were then separated in 2009. After the separation of duties, the county then turned the jailhouse kitchen into the dispatch room. 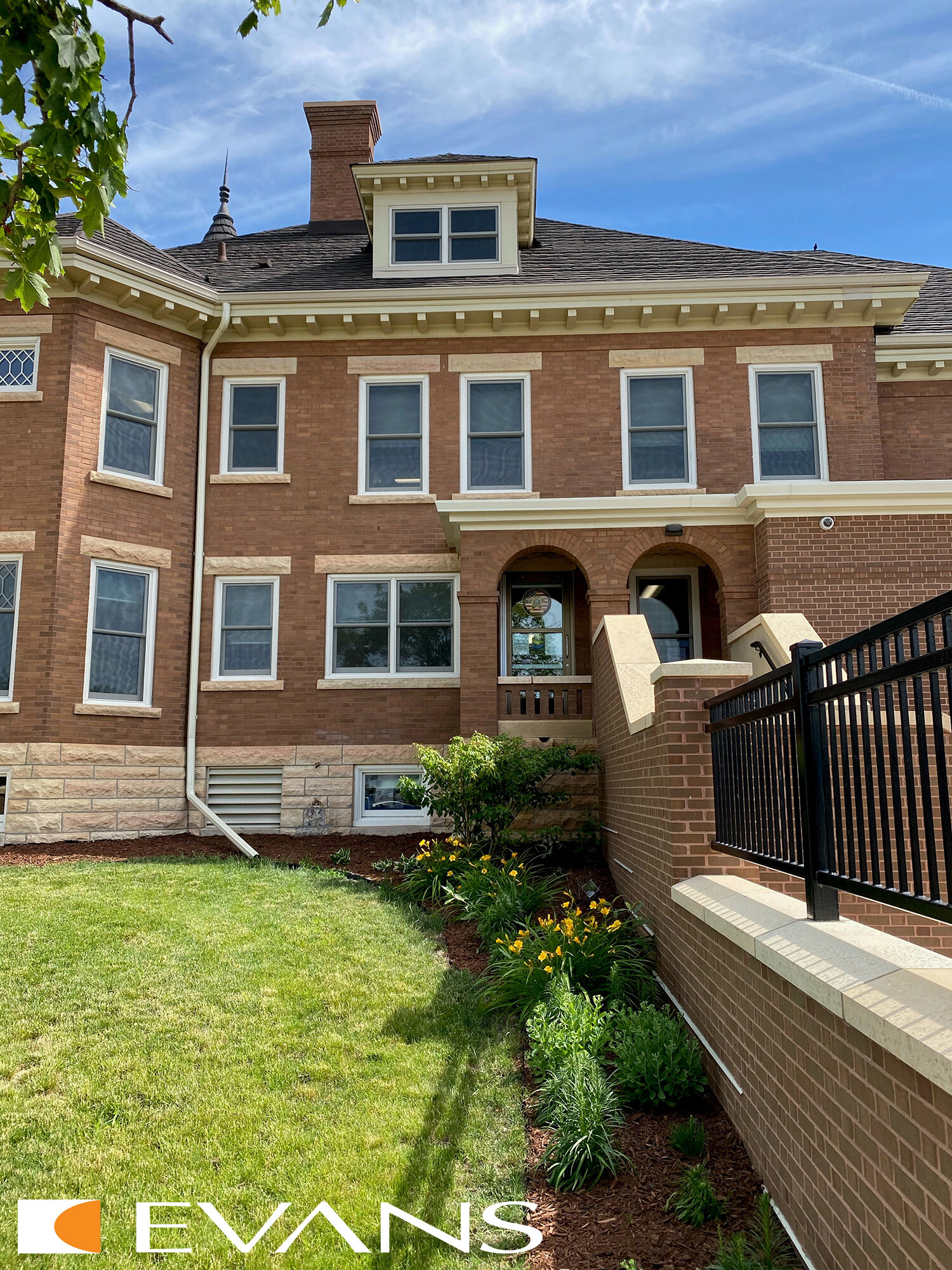 The historic building provided a unique challenge because the building or interior walls could not be modified in any way. The dispatch room is a narrow half-horseshoe shape, where operators do not have much space between them. Peggy noted there were no other spaces to spread out or expand into. Stakeholders in this project had to utilize the space they were given.

The awkward room layout also contributed to a significant room echo. The thin walls and awkward shape added to an echo problem where dispatchers could hear each other on their calls, and the computer monitors made the sound bounce around the room more.

Peggy also had a vision where a fourth station could be added. The dispatch layout could only house 3 operator stations, and a fourth station was not previously possible due to the awkward space and room shape. 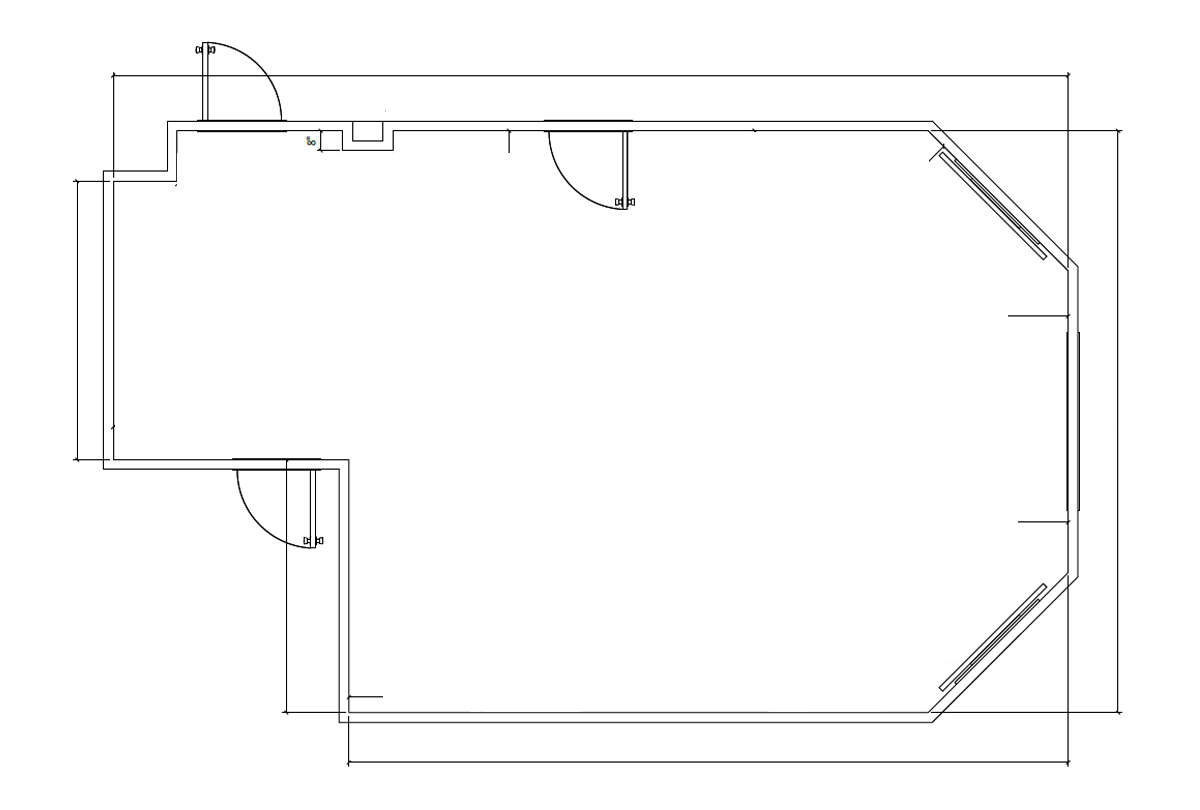 The key challenges were:  (1) the historical building, limiting design flexibility,   (2) poor acoustics and finally (3) the outdated equipment. With the equipment, one station was not functioning at all as you could not adjust the height. Another station had to be completely powered off as whenever the height was adjusted on the console, and it would make noise that affected the other operators. The lift mechanisms of the older consoles were finally breaking, and the room refresh was the perfect opportunity to have a complete overhaul.

Peggy was impressed with the holistic approach Evans took when addressing the problems of her dispatch center. Instead of proposing an off-the-shelf approach,  Chelsea, the Regional Sales Manager for Evans, went to the center and listened to Peggy’s concerns. Chelsea took the time to physically identify what the concerns and problems were, and the best way to approach an all-encompassing solution.

Peggy decided to go with Evans because of the all-encompassing approach Evans had when addressing her needs.

“To me, it wasn’t just ‘Plop, here is a desk, this is what you get.’ It seemed like (Evans) in general wanted to make a solution that was going to work for us, in our space, with the things that we wanted.”

“Two other vendors (I approached) wouldn’t even come here to meet with me face to face, they just wanted to send me brochures. And for me that was very overwhelming to send me a catalogue. I did not even know how to start formulating this to do this on my own for a remodel. The other vendor had come in with brochures, but had not even stepped foot into the room, and didn’t even ask any questions, it was just a sales pitch. They did not really look at the space, or work with me to try and change the options of what they were offering. It was very cookie cutter. Chelsea did an amazing job. She sat down with me and the first thing she said ‘What do you want to see in your center, what are your challenges?’ Then she had asked to see the center. Afterwards she came back to me with options that she believed worked best for my center and the space we have. That impressed me a lot, not just in the way she presented it to me, but in all the different styles and solutions she had for me.” 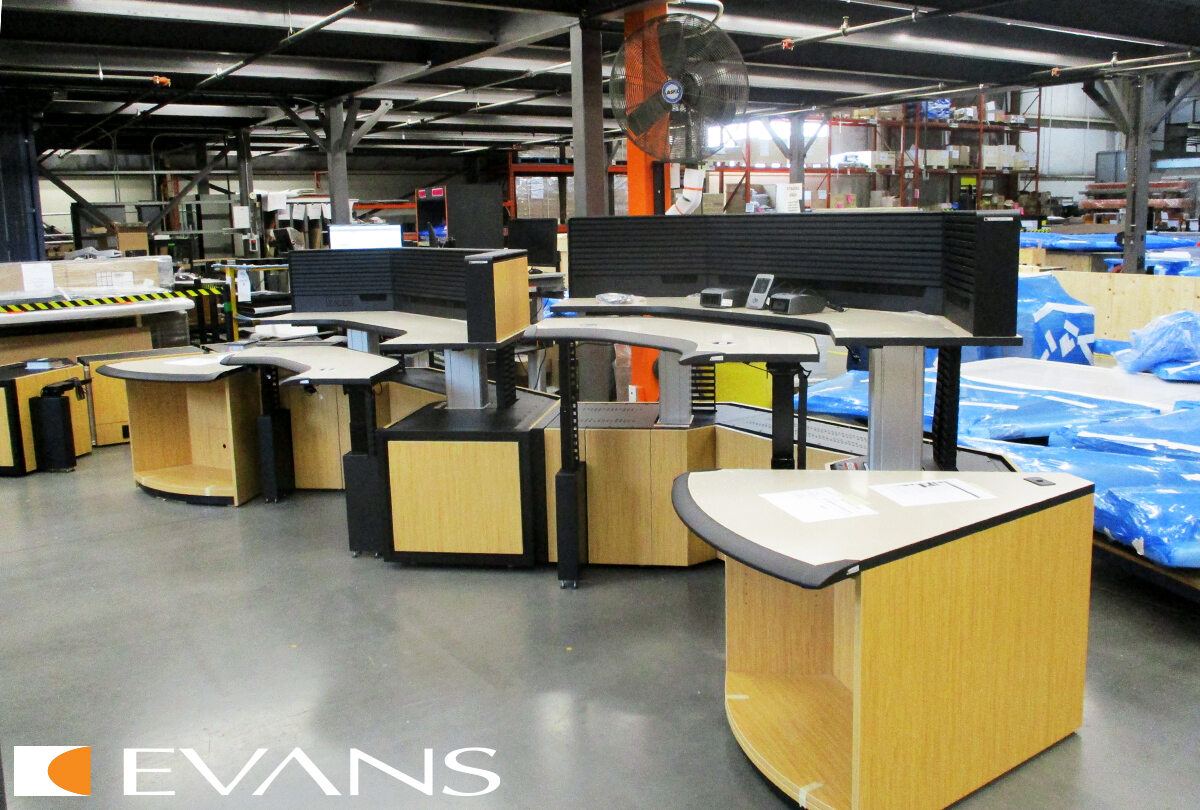 Custom Solutions for the Dispatch Center

The final design of the control room involved all dispatch operators facing one direction in a classroom-style layout. Operators are staggered to prevent as much echo as possible. A fourth station was added to even out the room. This layout still allowed for sightlines between operators to still be possible, keeping those in-person communication lines open.

Consoles were chosen from the Evans’ Dispatch III line, with custom millwork bridges for storage and separation. The Dispatch line offers a rugged and robust design, while still looking sleek and modern.

Each console could support up to 6 monitors, with built-in cable management in the Evans Monitor Arms and mounted Slatwall monitor mounting system, as well as within the console itself. Each console also has the full EnviroLinc suite installed within for custom operator control and comfort. 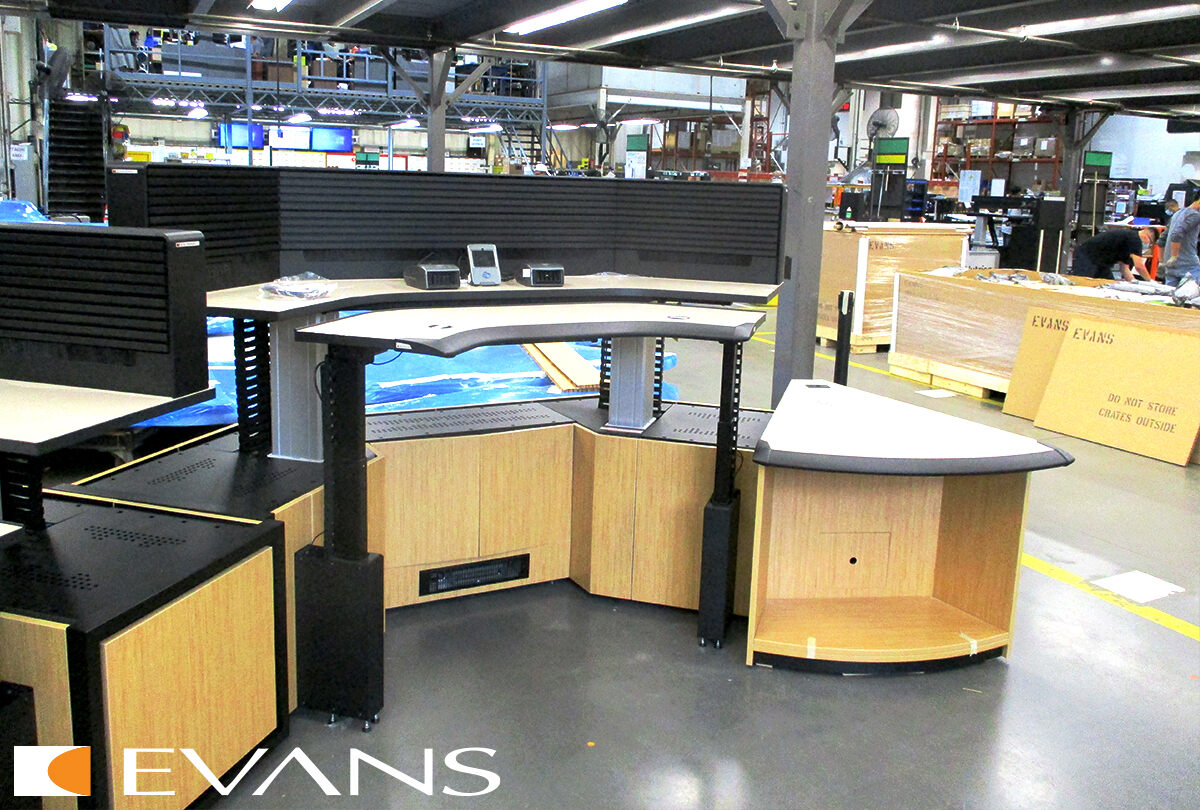 Peggy had originally wanted to have the consoles face each other or line the walls. However, this would create problems in accessing the technology for IT, a problem Peggy originally did not think of but was brought up by Chelsea. Dispatch III has open architecture in its frame which allows for easy technology access for all IT and stakeholders. Because of the layout of the room, consoles could not face or line the wall, and instead, Evans brought Peggy a classroom-like design for her dispatchers. 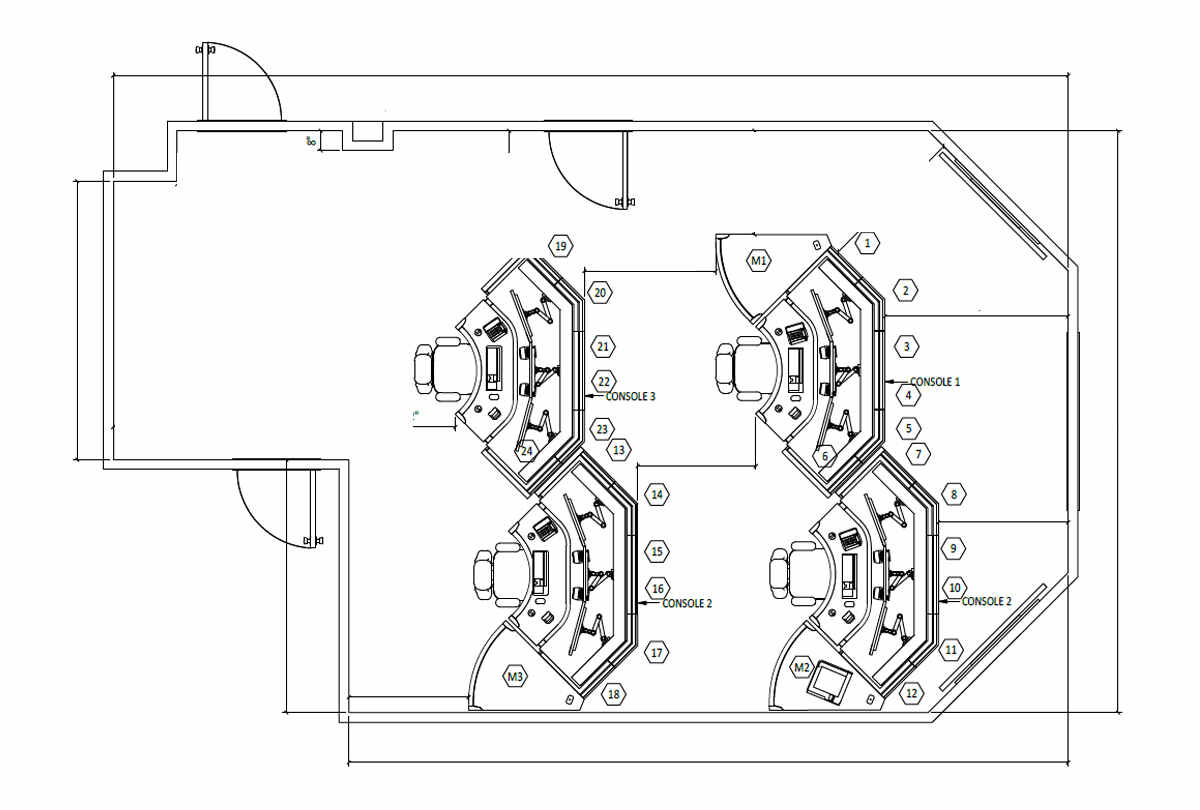 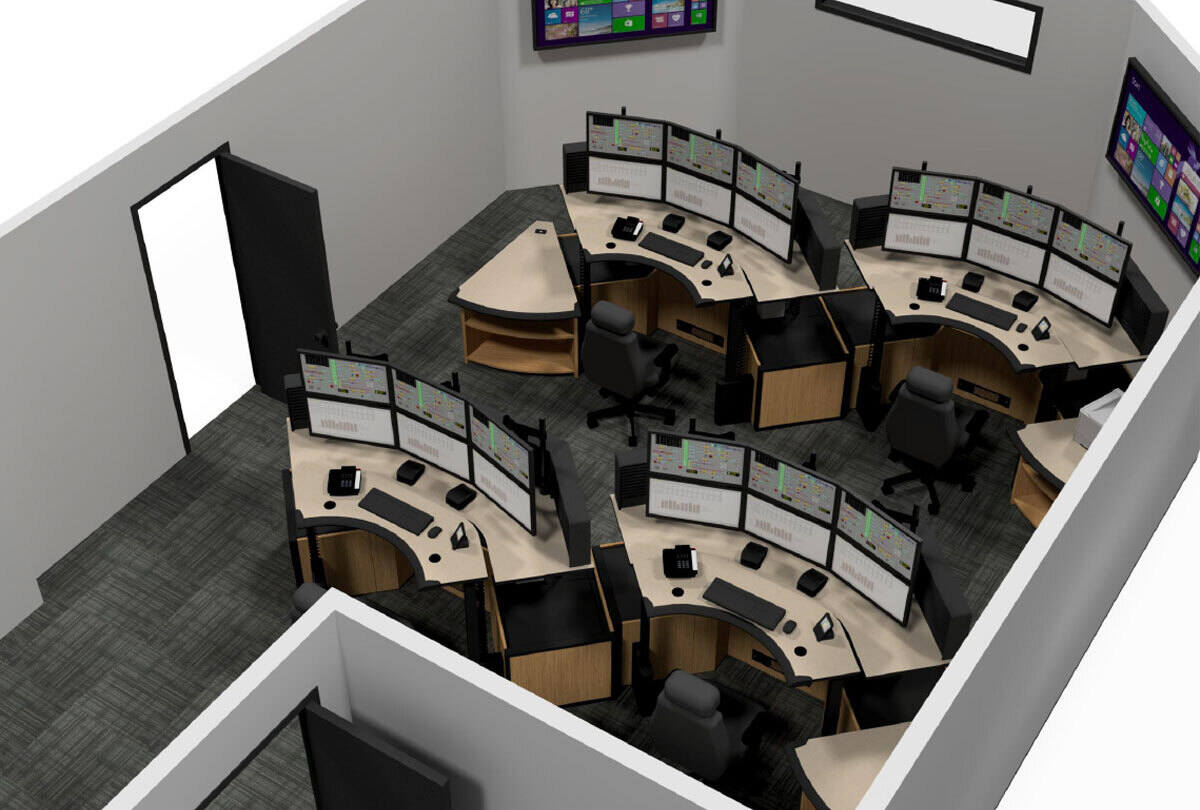 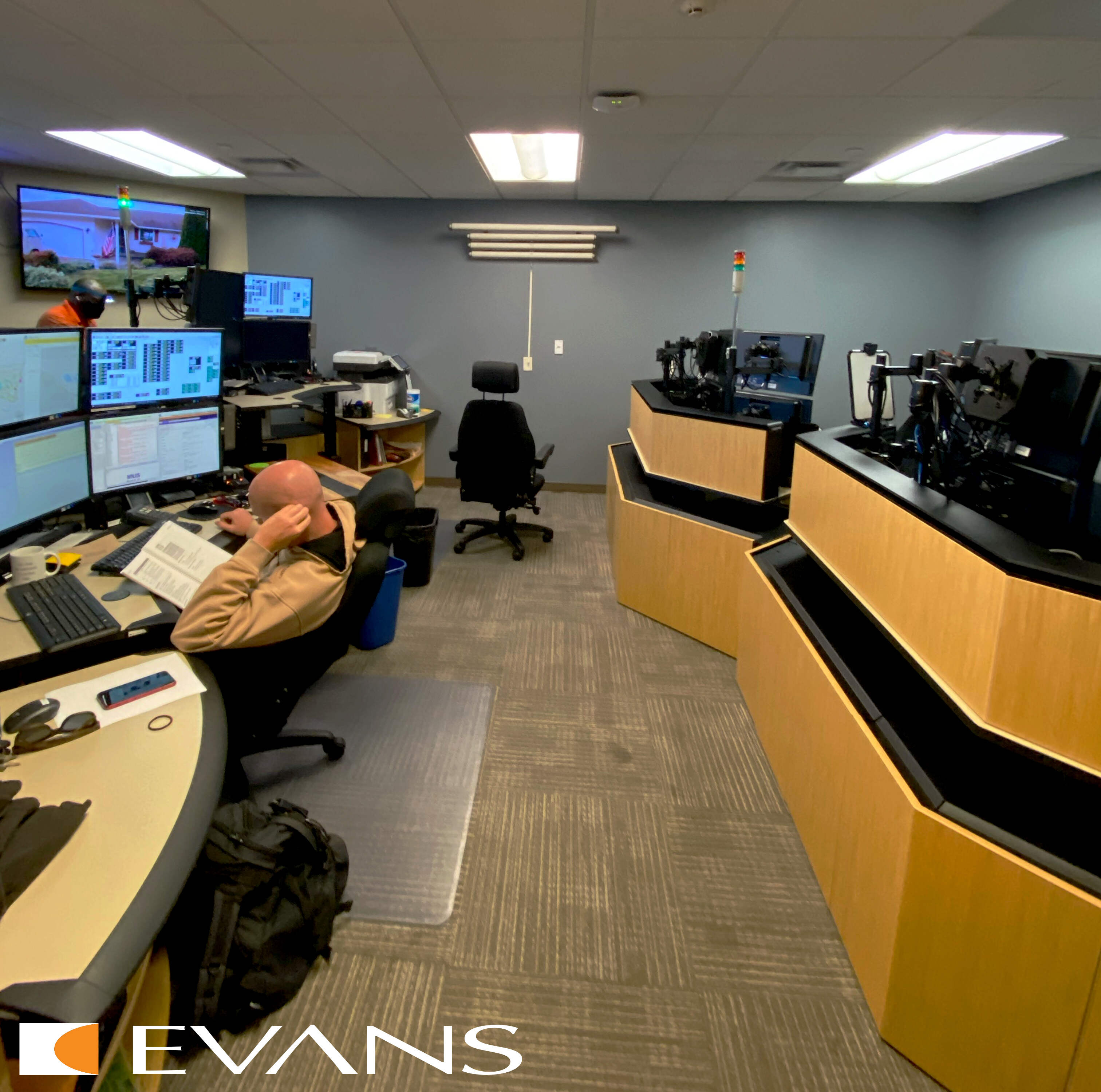 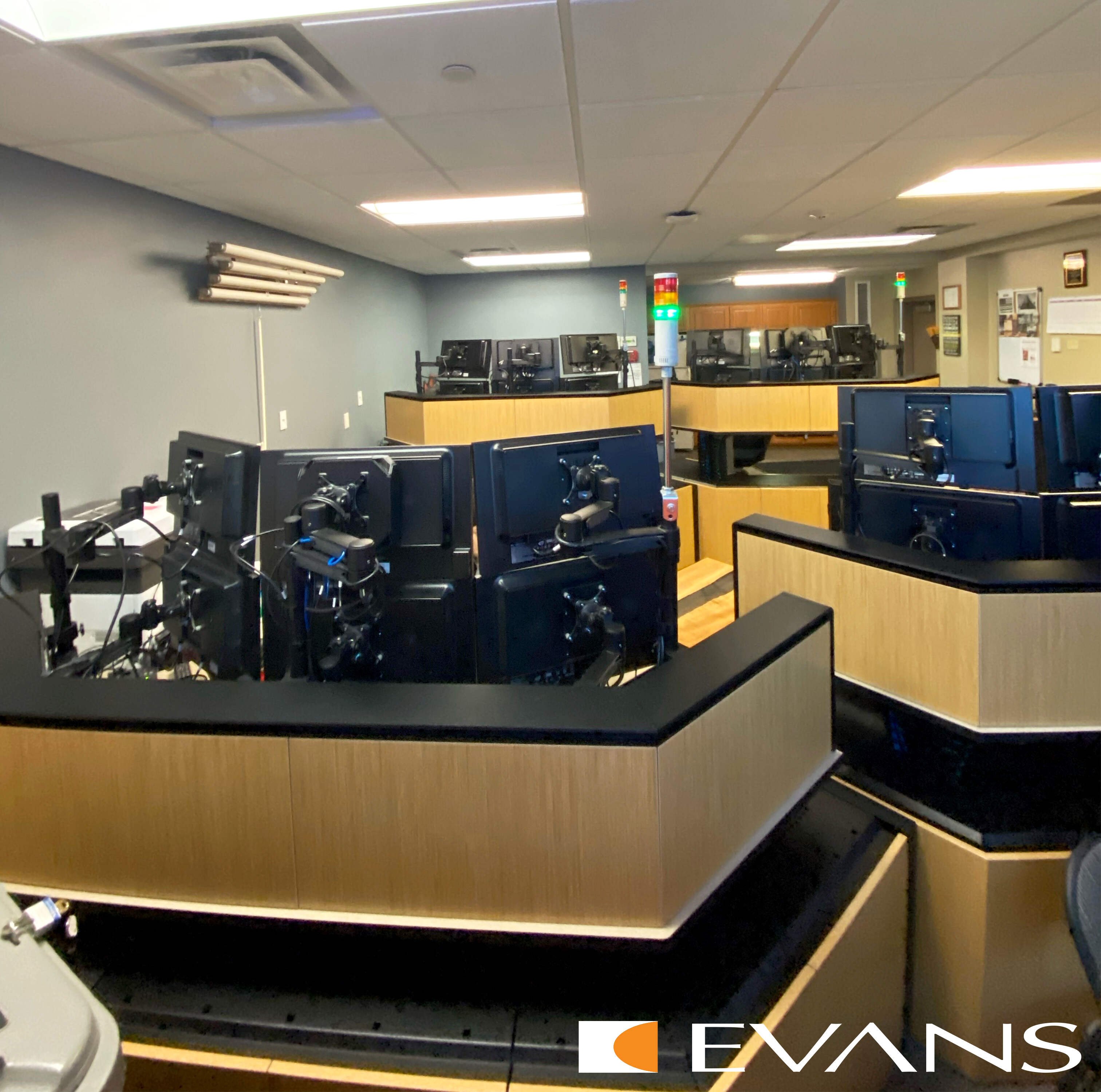 The Dispatch room, one year after installation

With the classroom-designed approach, operators are able to have their own space to work in while still allowing clear sightlines for operators to communicate with each other. Space between operators was limited, so staggering the consoles allowed for a space bubble between operators.

The staggered layout of the consoles also solved the room echo problem. With all dispatchers facing one direction but staggered, any sound generated moves forward without affecting other dispatchers. The layout allows for the extra operator station while improving the overall  room acoustics. It was the best solution for the tiny space given.

The Evans approach allows for complete customization, allowing us to conform to your needs. No two dispatch centers are the same, so no two solutions should be the same. Working with Peggy, Evans’ created the room that worked for her and her team, while also considering all technology stakeholders for the space. Even with the challenges of a historic building with an awkward and unconventional room layout, Evans was able to add a fourth station, while still allowing functional space and walkways.

For Nicollet County and Peggy, Evans was the clear partner to work with. The holistic view Evans’ takes with all their projects gave Peggy peace of mind that all aspects and factors that go into designing a room are taken care of. From conception to execution, Evans was with her every step of the way. 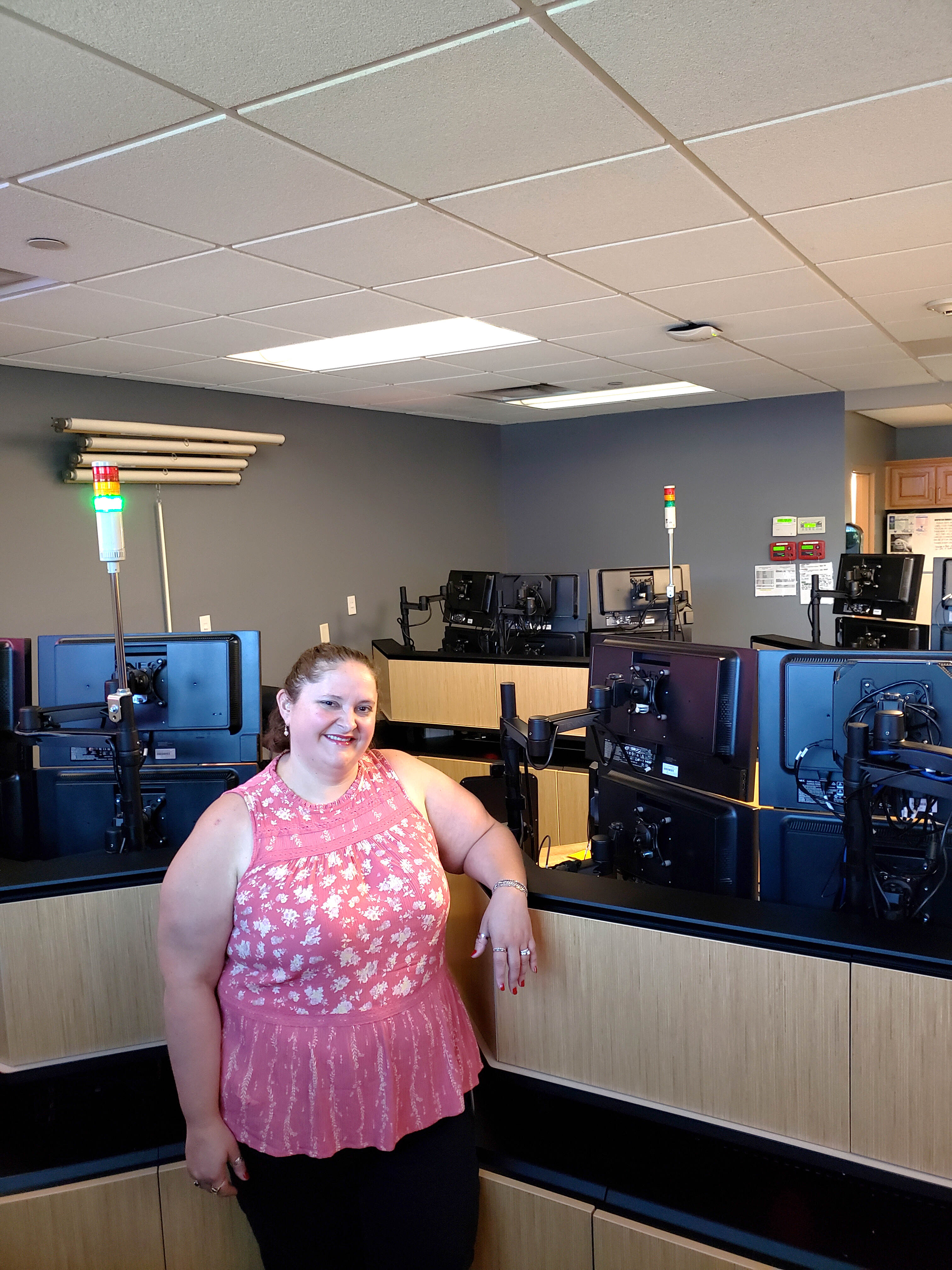 Peggy and her new Dispatch room!

Evans is always available to help you design your next project. Please contact us today and find out how Evans can work to find the best solution that works for your center.

Evans specializes in the design of Mission Critical Environments such as Operational Planning, Control Room Design, Architecture, Construction, and Implementation.

Thanks for reading the Nicollet County Case Study and we hope to speak with you very soon.

If you would like to jump back to read a section again please use these anchor links:

Contact us for information on designing your next control room: